No Pane, No Gain – How Many Panes does Your Home Need?

When it comes to shopping for replacement windows, one of the first things that hits most consumers is the fact that windows can have one, two or even three panes.  The problem is, most folks don’t know what this means in terms of utility.  Therefore, I thought I’d take the time to explain, without pain, the ins and outs of panes.

The Power of One

Practically the only place you’ll see single-paned windows are in homes built before 1950, which was when “thermopane” windows were introduced to the US.  That’s because after reasonably priced double-pane windows came on the market, these museum pieces were, for the most part, relegated to the scrap heap of time.  Historically, glass windows have been around since Roman times, although they weren’t very transparent since they were made of beaded glass.  It wasn’t until the 3rd century, after the fall of Rome, that clear pane windows were first invented.  These were created by blowing a cylindrical glass bubble and then slicing it lengthwise before flattening it out.  Since the technique was not exactly mass-produced, only the wealthy could afford glass windows back then.  It took until the 16th century for the process to begin to trickle down to the masses.

If you’ve ever seen a still life from this period, you will note lattice windows encased in lead.  That’s because the wood-framed, square-paned sash wasn’t invented until the following century.  It also meant that for the most part, the wealthier you were, the more windows you could afford.  While these wonders were terrific at letting in the light, they were woefully bad at keeping out the cold.   Of course, it was still better than the rest of the folks who were forced to use shutters to keep out the elements.

It took the industrial revolution to revolutionize the way window panes were produced.  By the early 20th century, continuous mass production techniques led to the development of not only higher-quality glass panes, but larger ones as well.

What Kind of Windows Do You Need?

By the latter half of the last century, modern sealed, double-glazed glass was introduced.  The pocket of air trapped between the panes acts as natural insulation.  This dramatically slows the exchange of heat between the indoors and the outdoors. Not only did this design substantially reduce the average heating bill by defeating the drafty, single-pane models, but their energy and solar efficiency improved dramatically with the addition of inert gas and special coatings.

Opting for double-pane windows with Low-E coatings designed to repel the UV rays will also protect your furnishings from fading. In Florida, most new houses and home upgrades are equipped with double pane windows. This is because they are considered to produce the most benefit for the buck. Florida winters can produce temperatures swing of as much as 40 degrees in a single day.  Double pane windows can save a lot of energy during these swings.

Is Triple Worth the Trouble?

If you are looking for the ultimate in efficiency and protection, are triple-pane windows the way to go?  While they are way more efficient than those drafty old single-pane models, they are only (a maximum) 20% more efficient than double-pane windows.  With 3-panes and two pockets of air, these windows reduce heat transfer more than their 2-paned cousins, but at a price.  This means they are much more expensive, as well as being much heavier than double-pane windows.  While the weight issue can be somewhat reduced by using fiberglass for the frames, the trouble with triple-panes is not insignificant.  Here are some facts about triple pane windows additional weight and cost that need to be considered.

Triple-pane windows cost 25-30% more than double-pane yet they only save, up to a maximum of 20% on energy. Excess condensation can form on the outside of the triple-pane windows on cold mornings. The extra hardware and weight of the additional panes can reduce outside noise and it makes it a little hard for criminals to brake in, but this added weight also put added stress on hinges associated with casement windows.

Because of the added cost and the drawback listed above, we don’t see much demand for triple pane windows in Florida. In fact, 98% of all windows sold in Florida are double pane windows.  I hope this article helps making the decision as to how many panes your windows should have.  Whichever model you choose, you can breathe easy knowing that efficient, attractive windows are no longer exclusively for the wealthy.  Once installed, they will add to the curb appeal of your home, they will deter crime, and they will start paying for themselves every time you receive your monthly utility bill.  Because when it comes to upping the ante on your home improvement investment, very few other investments beat the return you get with new double pane windows. In fact, new double pane windows will allow you to reap saving over their entire

Replacement windows are an investment. They will pay for themselves over time.  They will significantly reduce your utility bills. They will improve the look, resale value, and security of your home.  If you’ve been sitting on the fence about replacing your home’s windows, make an appointment with your friendly, neighborhood window consultant today.

Please contact me at HomeRite Windows and Doors in Jacksonville.

HomeRite is a window and door dealer that specializes in energy efficient, quality products with warranties and service to match. The company has been in business since 2005. HomeRite is partnered with a manufacturer that has been producing high-quality products and providing excellent customer service for over 60 years. Windows and doors from HomeRite are some of the highest quality, most thermally efficient windows and doors on the market.

HomeRite products add substantial value to their clients’ properties. HomeRite is a member of the United States Green Building Council, a non-profit organization comprised of leaders across the industry working to advance environmentally responsible buildings.

Gates Dearen is the co-owner of HomeRite Windows and Doors in Jacksonville, Florida. He and Richard Walden have been serving the building products industry in Florida for over 25 years. They strive to match homeowners with the right windows and doors for their homes and budgets. They make the home improvement process pleasant with first-rate, energy-efficient products, affordable pricing, and award-winning installers who employ the best practices and who always treat customers and their property with the utmost respect. 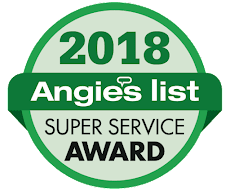 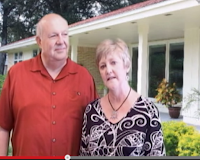 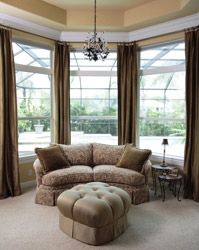